I was asked recently to detail a situation where some employees were not performing their assigned critical tasks and how did I handle the issue.  My reply is below:

In these situations I have found that direct communication with the team or the employee is usually achieves the result. Find out what are the obstacles and help facilitate the removal of said impediments. Once knowing the issue, Conflict Management skills and Negotiation may be necessary. Part of a project manager’s job is to ensure that a good Risk Management plan is in place for human resource issues, as well as the more technical challenges that a project contains as well. I typically work as a collaborative manager thus ensuring more buy in from both the team and the stakeholders

I have read many books on the subject of careers and life planning. But what I have found is that life is a process that one cannot stop to examine. One must let the process flow, in order to figure out how the whole thing works. The advice I have given to the youth about career planning is to plan as much as you can, but when push comes to shove you need to start down the road. You make the best choice at the time with whatever limited information you have, and then you put one foot in front of another. Are you on the right path? You will know sooner or later.

As Frank Herbert says in “Dune” — “A process cannot be understood by stopping it. Understanding must move with the flow of the process, must join it and flow with it.”

Another quote from “Dune” goes like this — “The mystery of life isn’t a problem to solve, but a reality to experience.” 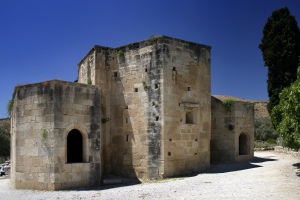 While superstition deals with the petty beliefs of day to day living, religion tends to answer the big questions of life and death. A religion is revealed knowledge handed to man from above. Whereas science is the discovery through gathering of facts, and although science also looks to answer the same questions about death and life, science tends to look at how, and not why. In religion, the questions and answers of life are, why are we here? What happens to us when we die?, and is there an ultimate goal? Are we all that we are? Science deals with facts, religion requires the faith. Unfortunately, ancient man’s belief that certain gods were responsible for good crops and abundance of food, it was science and observation that provides the answer in looking for the right soil, the right time of the year to plant and the right seeds. Religion dealt with questions that ranged from how to treat your neighbor to where do we go when we die.

Both Islam and Christianity are derivative of Judaism, as they worship the same God. Like the first Jews and Christians, the faithful of Islam originated as the descendants of Noah, through the line of Shem.  That lineage continues down to Abraham and to his first son, Ishmael, by his wife’s handmaiden, Hagar.  Islam and Christianity share many of the same prophets, including Jesus. Muslims, however, think that Christians went too far in that, from the Muslim point of view, Jesus was raised to the level of deity. Like the Jews and ancient Israelites, Muslims believe that there is only one God, and he has no children, other than humanity. Like both Christianity, and Judaism, that same God is also involved in shaping the lives, history, and the civilizations in this world.

My proudest achievements professionally is that I can take an idea for a product or concept, work with a few special people, and create a solution that is greater than the sum of their parts.  Like a movie director, taking a vision and running on it to create a product, or solution that meets the customer’s requirements.  Meet project deadline objectives, and overall, makes money for all involved or achieve the intended results. Several projects come to mind, one was when I was working over at the Advertising Checking Bureau.  I was in the middle of a large project for one our major clients and my boss came to me and requested that they needed me to transition off my project and take over another one.  The Project Manager for that project left the company and they wanted me to take over the project.  I started a transition plan that would move my duties to several individuals, allowing me to move slowly away from the project and allow a new project manager, to take over and not be overwhelmed.  On the other hand,   I would not have the luxury of phasing into my new project.  Due to project timeframes and the morale that the last PM left the team in. it was a major entertainment company that I stepped in, took control, and reorganized the project, communicated our plans to the customer, and tackled any development issues head on with the customer.  In less than four month, I moved back to my original project team.  What I left with that project was a stable communication plan, a stable quality control process, and team members in good morale, with an enthusiastic team spirit. Customer’s satisfaction increased, becoming a standard for the company and the product that we delivered to them they still utilized the software solution today, and the customer is still happy.

First I thought about being born around the beginning of the 20th century. But then I thought about the diseases and lack of utilities like the toilet and toilet paper. That already knocked off the 19th century off my list. I didn’t want to be born in the 1920s because I would be just right to be obligated to go to WWII. If I was born in the 1940s I thought it would be cool to experience the 1960s in my twenties with all the music and free love and living expenses were much lower. But that meant I would have to live a life similar to my father’s and I would want that. I thought about being born in the 1970s but cinematically and musically the 1990s wasn’t that great and the 80s were better. Being born anytime after 1980 isn’t an option for me because I wouldn’t know all that I know know to understand all that could have been.